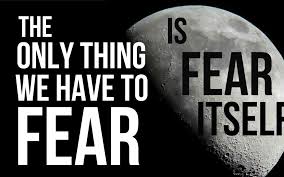 Before you swipe to the next article, I know what you’re thinking… “Ugh, something about baseball.  SO boring.”  Well this article isn’t really about baseball, it’s about a single lesson I learned through playing baseball over 20 years that I now apply to sales every day.  I’ll go ahead and take the rabbit out of the hat now.  That lesson is, “ACT LIKE YOU’VE BEEN HERE BEFORE.”

How Hitting a Triple Taught Me that Single Lesson

Here’s the brief back story…

It was the middle of the summer and I was probably about 14 years old.  I was playing in a tryout for an AAU Baseball Team called the Seadogs.  For anyone not familiar with AAU, it stands for the Amateur Athletic Union, and at least as far as baseball goes, it has a history of producing some pretty top notch talent.  But I digress.

I was up to the plate in this game and I hit a gapper to right center field.  The ball carried all the way to the fence, and I was hustling around first base.  Mind you, I wasn’t exactly what you would call “slender” as a child, or adolescent  (I stood 5’10” and weighed 180 lbs at this age).  I kept hustling, trying to build up more and more momentum as I “sprinted” towards second base.  And then something happened that never happened before.  I felt my feet still beneath me and they were carrying me PAST second base.  It was as if my feet knew better than my mind and they were carrying me straight for third.  I couldn’t believe it!  Normally at this point, I was sliding either feet first or head first into second base, gasping for air and wiping the dirt off my pants.  This time was different.

So I chugged and I chugged, as fast as my feet would carry my man-boy frame.  I could see the third baseman on the opposing team preparing to catch the throw coming in from right field to tag me out, I slide head first, grabbed the bag and heard the umpire exclaim, “SAFE!”.

I couldn’t have been happier. I had done it -- it was the first triple I had ever hit!  So I popped up with a big grin on my face, pumped my fist in celebration and stood on the bag waiting for the game to continue.  However, what happened next made my stomach drop to my shoes with embarrassment.  My third base coach grabbed me by the arm and whispered in my ear, “Sig, stop acting like an amateur.  Act like you’ve been here before.  It’ll intimidate them.”

My 14-year-old mind had been BLOWN.  How could I have been so stupid?  Why was I acting like it was a complete miracle that I had hit a triple?  I should have had more faith in myself, in my training, in all of my practice.  The countless hours I spent trying to improve every aspect of my game.  And the coach was right -- I should have acted like I had been there before.  Because it wasn’t just about the intimidation and the professionalism.  It was also about the power of positivity and what we are able to achieve when we keep ourselves in the right head space.  Remaining in that positive frame of mind, I went on to hit four more triples throughout that season. Now here’s how I’ve carried this with me throughout my career in sales.

How I Apply that Single Lesson to Sales Today

When I embarked on my HubSpot journey, I literally had no idea what I was doing.  I remember getting to my desk the first day on the job and looking at our contact database.  I wondered… “How do I turn this into sales?”  So I diligently walked over to my manager’s desk and said, “Dannie, I’m ready to start selling.  What do I do?”  She smiled softly and said, “Well, I suggest you get on the phone.  I’ll send you a list of 50 leads to start working now.”  I figured that was fair enough.

I started calling, and miraculously, people started answering the phone.  And it wasn’t just the first person I called.  It was the first four in a row.  I couldn’t believe it.  I figured, “Man, this is going to be SO easy.  Why didn’t I start working in sales sooner?”

Well it turns out that the little stroke of luck I had early on was just that.  A stroke of luck.  Of course, over the following months I realized how hard sales was and how hard I would have to work to be successful.  I kept at it.

In my fifth month on the job (around October 2012), the wheels completely flew off.  I had lost all of my confidence, I REALLY didn’t feel like I knew what I was doing, and I wasn’t getting anyone to take my calls, or take follow on calls in our exploratory process.  I was defeated.  And of course, the deals weren’t coming in.

In the third week of October, our VP of Sales, Pete Caputa, came over to my desk and said something to the effect of (and I’m paraphrasing), “Sig, what’s going on?  Your numbers are way off this month and you sound awful on the phone. What’s worse is that you sound desperate and you’re eroding the value of how we help our customers grow and scale their business.  Why are you doing that?”

I scrambled for answers, but couldn’t find them.  When Pete realized this, he looked me in the eye and said, “You have to always sell like you’re already at your number.”

And then the lightbulb went off again.  I was taken straight back to that 14-year-old version of myself and was reminded that to be successful I had to BELIEVE I would be successful; moreover, as it applied to sales, if I exhibited doubt, the people I were talking to would have literally zero reason to speak with me.  If I didn’t believe in what I was doing, why the hell should they?  If they didn’t believe in my ability, why would they want to partner with me?  And if I was acting desperately in the sales process -- for example, doing “easy way out” selling like offering discounts -- wouldn’t they start to question whether or not the product I was selling was actually a smart investment?  Of course!

From then on, in my next 20+ months in the sales funnel, I only missed my number twice.  Both times I missed I was still above 90%.  I can’t say for sure whether or not it was this single moment that turned me around, but it’s a lesson I try to teach all of my team members to this day -- “The second you start doubting yourself and throwing pity parties is the exact moment at which your ability to succeed is in great jeopardy.”

My advice for any individual contributor reading this -- if you’re ever struggling, check the tone of your voice and your sales behavior.  The fastest way to lose a deal is through desperation.  And the fastest way to get back on track is to start “selling” like you’re already AT or way above your number at all times.

My advice for any leader reading this -- if you have team members struggling, figure out if your reps are in this negative headspace.  Figure out if they actually BELIEVE crushing their numbers is possible.  And if they don’t maybe share my story with them.  Or better yet, think back through your life and tell a story of your own.

Finally, for anyone reading this and thinking… “Man, this is really kumbaya.  I don’t buy it,” I would encourage you to read this:http://www.theatlantic.com/health/archive/2012/04/how-the-power-of-positive-thinking-won-scientific-credibility/256223/ (Cliff Note: It has been scientifically proven that people with dispositional optimism are more successful and healthier than those who are not).