A year ago, I reflected on my first full year (plus) as a Sales Manager.  At the time, it was a helpful exercise, and I hope for those of you who may have read the article found it helpful as well.  If you haven't had a chance to read it, and you're a new sales manager or sales manager just looking for a refresh, the article can be found here on HubSpot's Blog: 7 Thing I Wish I Knew Before Becoming a Sales Manager.

As I reflect on the second full year, almost two month past that now, I wouldn't modify the reflections I made then, but I would modify the way in which I presented those "7 Things".  Specifically, I think the seven areas I highlighted were more akin to the windows, doors, sheetrock, and HVAC if we're going with a house-building analogy.  What I think I truly left out was the foundation -- which is exactly what this article and second reflection is about.

When I started managing, I was focused on things such as:

While all of those endeavors were absolutely worthwhile, I realized that all of these things could and would constantly change.   People came and went.  Processes came and went.  Sales targets and forecasting methods came and went.  The market and competitive landscape evolved.  Even the products and services we were (and are) selling evolved.  It was all about CHANGE.

The Secret that Will Make You a Better Sales Leader

What I came to appreciate after going through an intense two-day coaching training (ironic to have these two words so close together) with Keith Rosen, is that I wish I had known one "secret" ahead of time, far before I became a sales manager.  That secret? It's all about how to be a great COACH, which enables you to be, or become, a great leader.

How I Knew I Wasn't a Good Sales Coach (Yet)

Having further reflected on my first two years as a sales manager and sales leader, I realized I had coaching all wrong.  I realized that I viewed coaching as problem solving -- which is actually more of a training, and sometimes motivation issue -- when in fact I wasn't actually solving problems.  Instead, I was only perpetuating a pattern of behavior that made my team more dependent on me, not less.

I just "wrote off" the reality that people needed to hear things five or more times before it actually sunk in to their base of knowledge.  The way I KNEW this problem existed two years later is the simple fact that the same exact problems kept coming up over and over again.  Sure, they were in different forms, but they were all essentially the same.  The reality was such that no matter how many group trainings, how many team meetings, or how many support resources I developed, the same issues were coming up over and over and over again.   Why?  The answer was simple -- I had become the "Chief Problem Solver", not a coach.  I was not empowering my people to solve problems on their own and think critically.  Instead, they were relying on me as their safety blanket.

Where Most Leaders and Managers Gets Sales Coaching Wrong

Now I believe that a great number of people struggle with this exact same issue, which was validated when my 40+ peers in the room during Keith's training had this look on their face that said, "Oh no.  What have I done?  I'm a Chief Problem Solver too!"  So if you feel this way, don't have a meltdown.

I further believe that most people get sales coaching wrong, because they confuse the concepts of training and coaching.  Let's break the two apart and give some definitions:

As further defined by Keith Rosen, "[Good coaching is] achieved through a process of ongoing, consistent interaction, observation and unconditional support in a safe and trusting environment that focuses on the unique and specific needs and talents of each individual in a way that facilitates long-term, postitive change."

What to Do Next to Become a Better Coach

First, I'd recommend you ask yourself whether or not your team members are asking you the same questions over and over again.  If they are, you probably have a training or motivation issue -- which will need to be resolved either through more structured organizational knowledge transfer or through a "come to Jesus" style conversation about why that team member wants to work at your company.

Second, if you find that your team often comes to you with questions just looking for answers over and over again -- and you ALSO find yourself jumping to just give them the answer -- then you most likely have a coaching issue on your hands.   The moment that this suggested behavioral change clicked for me was when I realized that as a sales rep I rarely ever gave answers, and instead tried to empower prospects to answer their own questions.  But as a manager, I threw that out the window almost immediately without ever thinking about it... and I was wrong.  The easiest way to get back into this mindset is to actually think through how you would have acted as a sales rep with a prospect (assuming you took an Inbound Sales approach).

Finally, don't take this advice too literally.  Use good judgment.  In other words, there are going to be times that your reps actually do just need the answer and coaching isn't always appropriate.  For example, if your team member is in the middle of a call and Slacks you or puts the call on mute to ask you a question -- that's NOT the time for coaching.

Oh, and if you haven't checked out Keith Rosen's blog, you definitely should -- he's an amazing resource in this space: http://keithrosen.com/blog/. 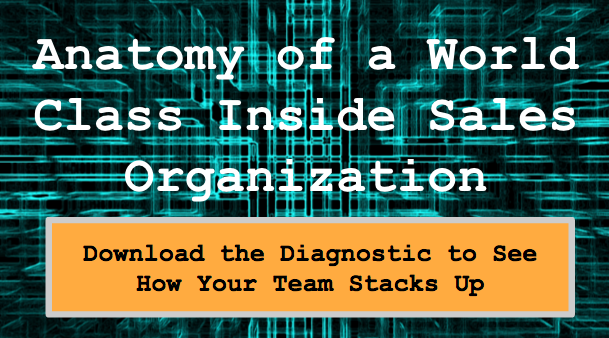 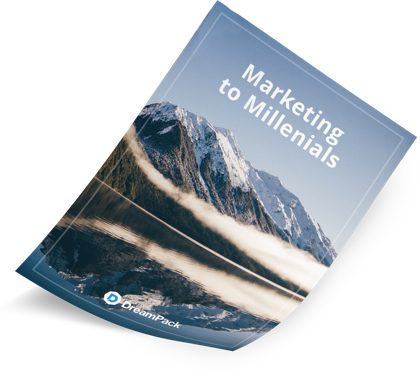